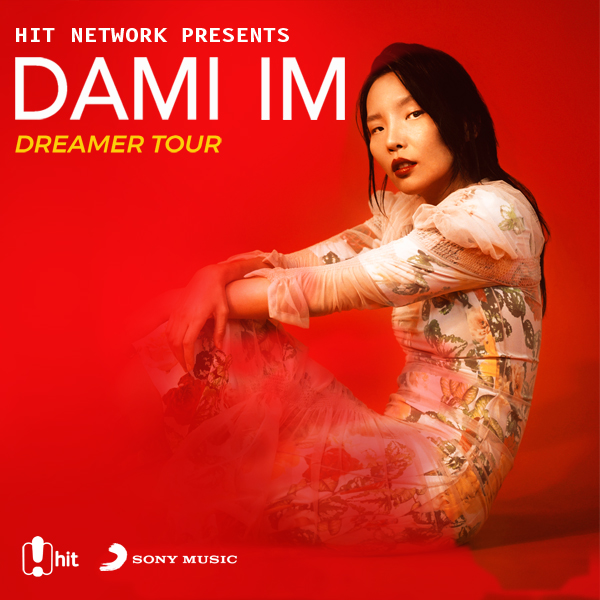 Australia’s most revered pop artist of the new millennium, Dami Im is set to take her all new national tour on the road in 2019. Bringing her exciting band along, concertgoers can expect to see something special in Dami’s live show; an array of established hits and fan favourites from X Factor, power ballad and international Eurovision smash, “Sound of Silence” and a mix of new material including ‘Dreamer’.

Dami is no stranger to the stage, since performing in intimate venues along the east coast of Australia, Dami reveals “I’ve always felt most confident when I’m on stage performing and it’s been a dream of mine to live this life as a performer. It’s going to be a very special tour where I get to show my musical evolution as I sing my previous repertoire as well as the new music that I’ve been working on this year.”

Dami Im has amassed a multitude of hits and achievements during her relatively short career. The Korean born singer and musician first came to national prominence when she won season five of The X Factor in 2013. Dami walked off The X Factor stage victorious and strode, without delay, into the #1 spot on the ARIA charts with her platinum self-titled album DAMI IM.

Since then, she’s released three more acclaimed studio albums, including the Gold accredited 2014 release, CLASSIC CARPENTERS, which peaked at #3 on the ARIA album charts and gave rise to a sold-out national tour. Dami then travelled to Sweden to represent Australia at The Eurovision Song Contest 2016—where she placed second in the world performing in front of an audience of 200 million with her international hit, ‘Sound of Silence’. Early 2018, Dami released her fourth studio album I HEAR A SONG which peaked #3 on the ARIA Album Charts.

VIP Upsell does not include a ticket to the show

THEATRE MODE:
Fully Reserved Seating
Licensed All Ages – Patrons under 18 can attend with a parent/guardian (over 18) with a valid ticket. Infants not admitted.