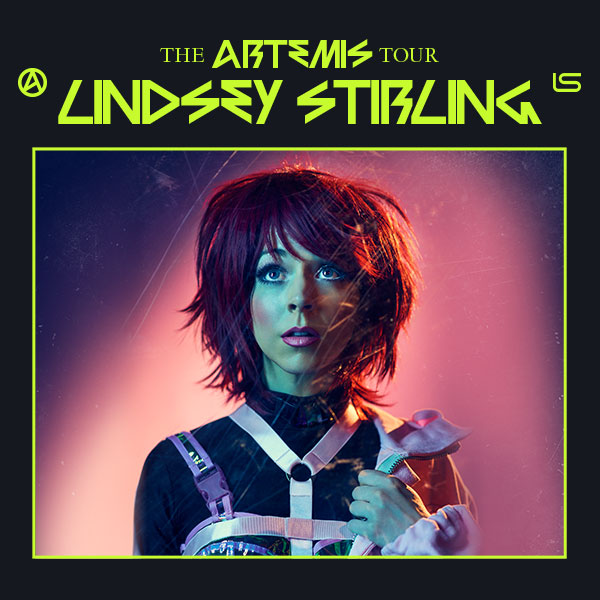 She’s back! After three years, electronic violinist, dancer and composer, Lindsey Stirling, will make her big return to Australia for four very special shows in support of her latest fifth studio album, Artemis.

Lindsey remains fearless enough to always dream big. In the years following the release of her 2012 self-titled debut, the electronic music impresario quietly and humbly became one of the 21st century’s most innovative stars by clinging to her ground-breaking vision of cinematic violin-driven electronic music. After bowing at #2 on the Billboard Top 200 and #1 on the Dance/Electronic Album Chart, holding #1 on the Classical Album Chart for 21 consecutive weeks, and receiving a Billboard Music Award for “Top Dance/Electronic Album,” her sophomore opus Shatter Me would not only garner an RIAA Gold certification, but it would rank as the #2 Dance/Electronic Album and #1 Classical Album on Billboard’s 2015 Year-End charts.

Attracting over 11 million subscribers and 2 billion-plus views on YouTube, in 2015 Forbes placed Lindsey at #4 on its yearly YouTube artists list, making her the highest-ranked female. Her headline tours would play to a cumulative audience of over 500,000 people worldwide, and her literary debut The Only Pirate at the Party—co-written with her sister Brook S. Passey—became a New York Times Bestseller.  Lindsey’s third-studio album Brave Enough, debuted at #5 on Billboard’s Top 200 Album Chart, went on to score the #1 spot on Billboard’s year-end Top Dance/Electronic Album list and earned Stirling a 2017 Billboard Music Award for “Top Dance/Electronic Album”.